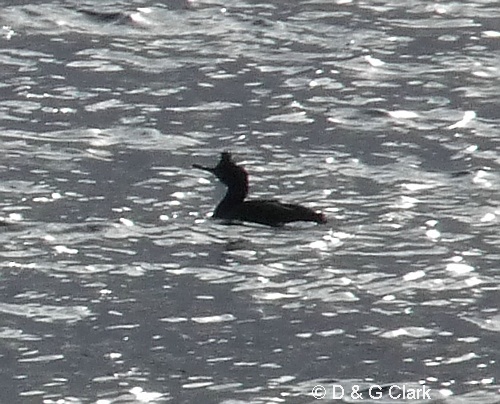 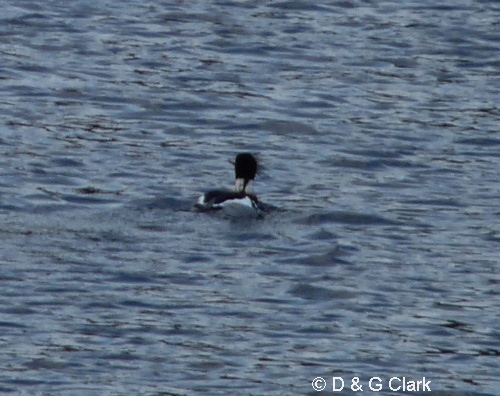 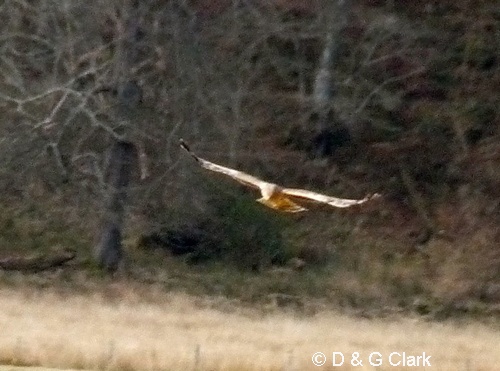 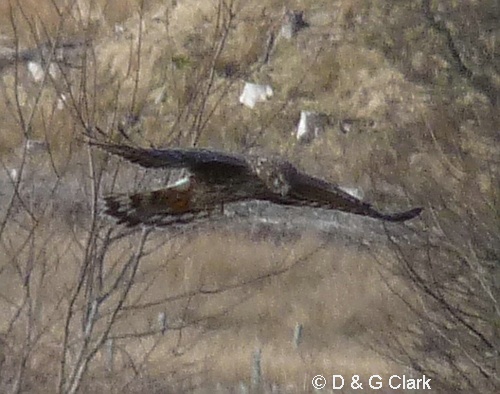 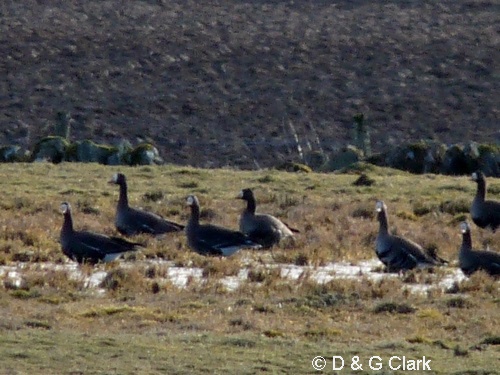 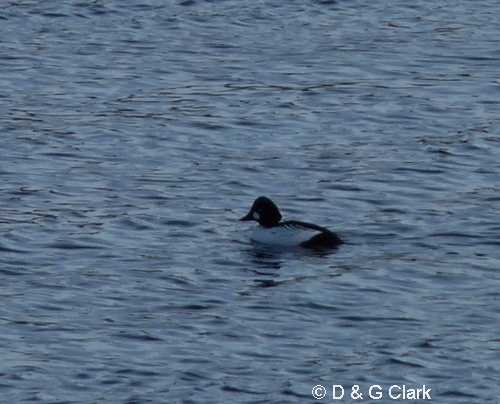 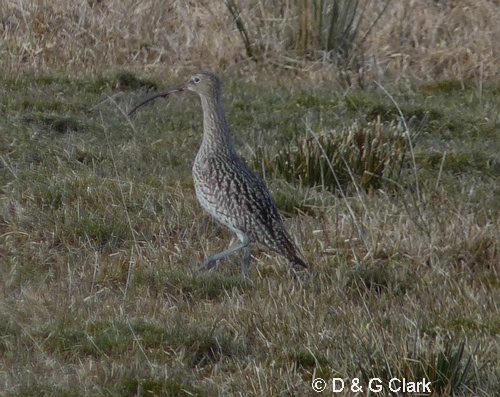 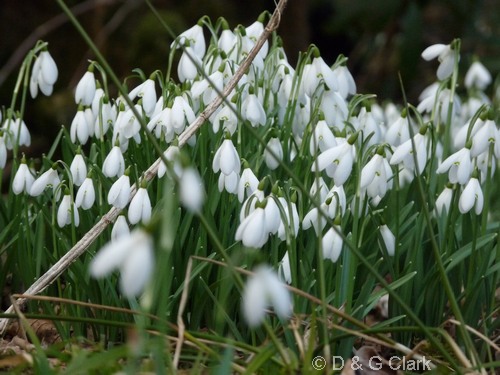 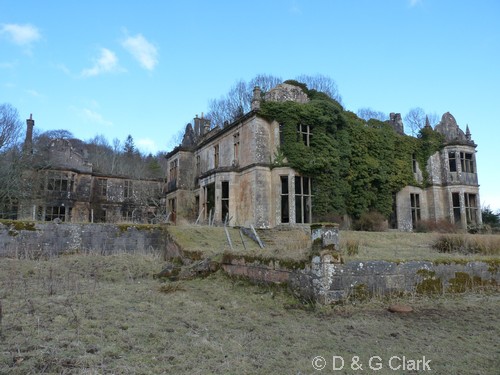 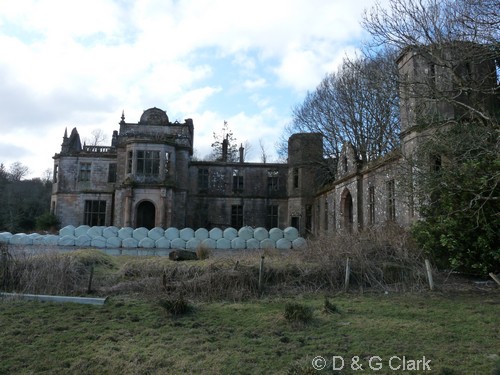 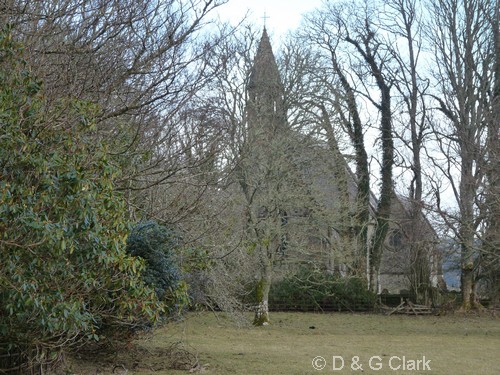 The weather did not look very promising when we left home at 7.30 am. Overnight there had been a severe frost with strong North-easterly gales. Although the gales had diminished, it still looked grey and we encountered some light snow on our way to the Portavadie ferry. Once we reached Tarbert it looked more promising. The grey clouds started to lift and the wind was not as severe.

We arrived much too early at the Islandadd Bridge at Bellanoch, the meeting place for this Argyll Bird Club field trip. After a quick run to the bridge to try to make some pictures of the Red-breasted Merganser which I had seen underneath it, we decided to have a cup of coffee and a sandwich in the car while waiting for the others.

With our numbers increased to 15, we started the bird watching trip at 10.00 am. First we scouted the Add estuary from the bridge, as the footpath along the Crinan Canal to the bird hide was closed due to ongoing repair work. Eurasean Teal and Wigeon, Common Shelduck and Goldeney were only but a few of the species present.

Sharing 4 of the cars, we drove to Crinan Wood. Skirting Crinan Wood, we walked along the canal to Crinan, spotting species such as Bar-tailed Godwit, Great Northern Diver and Red-throated Divers amongst the many Eider Ducks and Gulls. With a clear blue sky and out of the cold wind, we decided not to go for coffee at the Crinan Hotel, but to have our packed lunch at the IslandAdd Bridge. Just passed Crinan village, we were lucky to see an Otter bubbling up and down the surface. A bit further, I discovered a Scarlet Macaw perched in a garden. I love Macaws and could not resist photographing it. Sharped eyed Mark, another club member, spotted a less brightly coloured but handsome male Bullfinch just before we made a brief visit to Mike Murray’s garden. Mike is the guardian of Crinan Wood and a bird watcher. He told us we just missed a Woodcock by a minute, but we managed to see a Eurasean Treecreeper and Coal Tit while Mike told us how a Pinemartin predated his Tawny Owl nestbox!

Having enjoyed our lunch in the shelter of the car, we headed towards Barsloishnoch Farm and stopped to admire (and photograph) a ring-tail Hen Harrier that quartered the fields just in front of us, putting up several Curlew in the process. At Barsloishnoch Farm we first watched some Reed Buntings and tit species before heading into the bracing wind round the fields of Poltalloch Estate and got rewarded with Greenland White-fronted Geese, Mistle Trush, Lapwing, Grey Wagtail amongst others. Before heading into the woods, we admired the once stately Poltalloch House. It is now a roofless building with trees growing inside, but it does not require much imagination to picture what it once looked like in its heydays. In the shelter of Poltalloch wood, we catched up with Siskin and Woodpigeon. Finally, before the end of this successful bird watching trip, we managed to see a Redwing and a Fieldfare.

By the time we reached the IslandAdd Bridge it was 16.30 and thus time to hit the road to catch the last ferry at 17.15 at Tarbert.